JMR is a participant in the Amazon Affiliate program. We may receive a small commission from the purchase of our recommended products. Learn more.

Superchargers and turbochargers are the two components that help to enhance the power of an engine. They help the engine to perform better. Both chargers are forced induction systems that boost the horsepower of the normally aspirated engine. The fule or gas inside the engine is compressed and mixed before its ignition within the cylinders of the engine. It has the capacity to procedure 50% more power than the engine does.

Though they perform the same work, there are quite a lot of differences between them. The main differences are the way of working and the price of these charges. You can visit tomiokaracing.com to get details about their varying costs. However, let us have an in-depth look at both components.

Superchargers are further divided into two types, and they are as follows:

A positive displacement supercharger produces a definite amount of pressure that does not increase much with the increase of RPM of the engine.

Whereas a Dynamic supercharger, as its name suggests, increases with the increase of RPM of the engine. 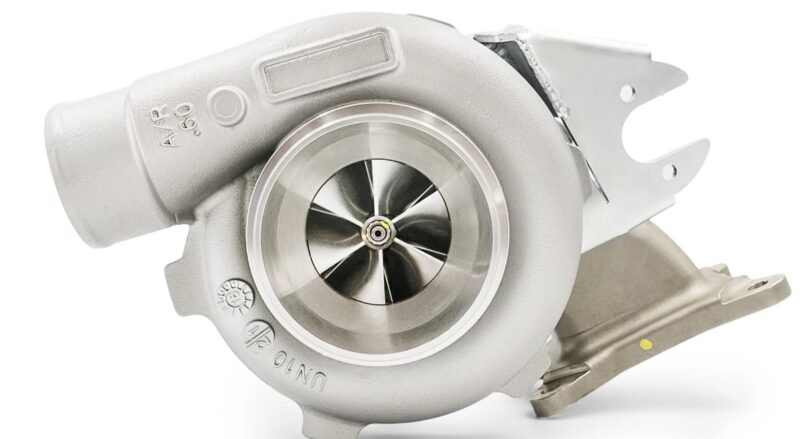 The turbocharger pumps more air into the engine with high-intensity pressure. They derive their power from a turbine. The turbine of the turbocharger harvests energy from the exhaust gases of the engine. Installing a turbocharger is like having a cylinder that has more intensity. There are two sections of these chargers,

The compressor can bear a pressure of up to 70 degrees and is made of aluminum. It is also called cold end. The compressor housing draws the ambient air, and a wheel that is present in the compressor compresses the air, resulting in a high speed.

When the process of combustion starts, it creates a loop where the waste energy forms the exhaust gases. More flue flow in the cylinder is accelerated with more air in the cylinder and resulting in achieving more power.

Now that you know how the two systems work let’s look at the basic differences. You have already seen how the working of two devices works. The other key difference between these is that, whilst the supercharger runs on the engine’s energy, the turbo runs on the waster energy of the engine.

This factor can help us in concluding that turbochargers work with higher efficiency, utilizing the exhausting energy of the engine that is lost in superchargers and aspirated engines.

Turbochargers help in increasing the horsepower of the engine, and they help smaller engines to produce more energy. It further promises more fuel utilization and is economical. However, these chargers provide less boost to the engines with lower RPMs, and the turbo reels up. This is known as turbo lag.

Superchargers also increase the engine’s horsepower, and as they are driven by the crankshaft of the engine, they provide high power to engines will, lower RPMs, and do not lag. The supercharger engines produce more power reducing the tradeoff.

What Are Turbochargers amd Supercharges Used?

The turbochargers are the answer for the engines which are smaller in size and which have standard four cylinders. Turbochargers work best for high-speed engines.

Whereas supercharges are used in engines that have lower RPMs. If you choose superchargers over turbo, you can be assured that they are low maintenance.

What Is The Advantage Of A Turbocharged Engine?

Turbocharged engines have two primary advantages. First, they have more power density. Second, they are convenient for more people. Installing a turbo charges engine will ensure that it produces more horsepower than an ordinary engine. It refuses the amount of waste produced.

What Is The Advantage Of A Supercharged Engine?

Supercharged engines ensure better mixing of fuels, greater induction of charge mass, and smooth operation. If you choose to attach it to a normal engine, your car will run as a large vehicle has a powerful engine.

Which Is A Better Option?

Which is better, a turbocharger or a supercharger? This is a hot piece of debate amongst car enthusiasts and car engineers. Let the truth be revealed, and superchargers provide a few advantages when compared to turbochargers.

Superchargers do not suffer lag, whereas turbocharges often do. The supercharges do not suffer lag because they are directly driven by the crankshaft. Whilst the turbocharger suffers a lag because there is a few moments of the gap before the exhaust gas reaches the velocity sufficient to drive a turbine. Certain superchargers are more efficient with engines with lower RPMs, while others are more efficient with higher RMPs.

Despite all the differences and the function, we can not declare who is the clear winner. Your vehicle will decide which component is best for it. And that will make all the difference. If you have a car with a small engine and four cylinders, the turbocharger is your guy. Otherwise, if you have a lower RPM engine, the supercharger is your winner.